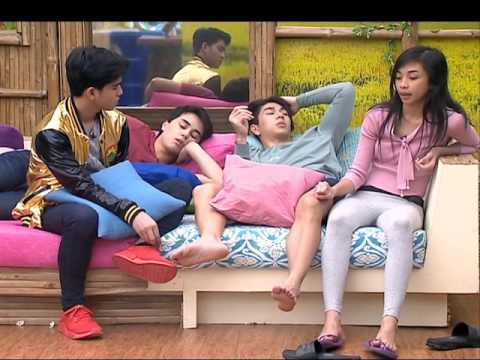 Here’s what people mean when they say Big Brother is fake. In the real world, interesting stuff doesn’t happen all the time. For the most part, people are very boring. Which does not go well with the concept of Big Brother because they are trying to get people to watch their show. Nobody would want to watch people simply sitting around the house and doing chores. So while interactions in the Big Brother house are real and spontaneous, sometimes the producers “nudge” the housemates towards certain directions to extrapolate a narrative that gets viewers watching. It may not exactly be the case where the housemates are always reading from a script, but this oscillation between living out their genuine selves and worrying about ratings, more likely than not enforces a more pretentious version of themselves rather than their authentic selves. This is, unfortunately, the irony of reality television. When in its pursuit of providing the audience an unscripted narrative, it has to bend reality a bit to keep people’s attention.

Just an average guy passing by.