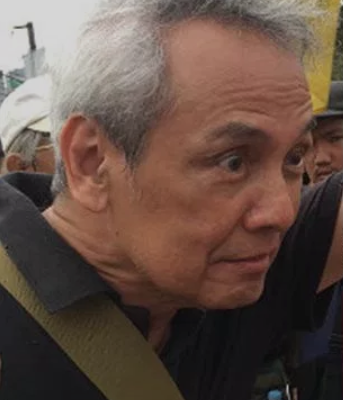 How does romantic partners, married couples, and “friends with benefits” express their intimacy these days?

I’ve read the news about Jim Paredes’ sex scandal and I was really surprised that at his age he would do such a thing ( may padila-dila pa ) I have to be honest though, he made me feel so old-fashioned at my age of 31.  I don’t think he would record himself wanking til kingdom come just because he is extremely vain, maybe he was in a video call with someone, Who? I do not know.

I wonder at his age, is he going through a mid-life crisis? I mean I would understand teenagers doing this crazy stuff of recording themselves banging each other at least in a sexual intercourse they won’t be alone looking stupid but here comes along Mr. Look at Me in a video wanking.

Disgust is not enough to describe it knowing him being vocal about his Catholic faith and his moral crusade against the drug-war, I am disgusted with his hypocrisy so bad I think he needs mental help.