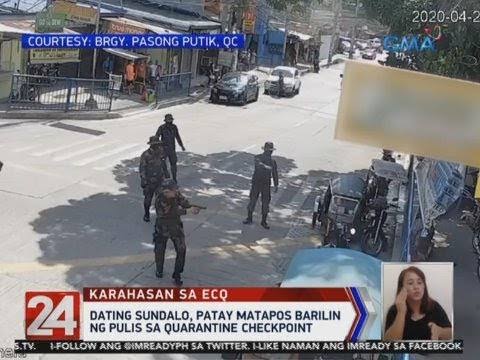 Well yes, the soldier had a mental disorder. No one’s refuting that. But the thing is, there’s no way anybody—least of all the police who responded to the disturbance created by the person would know that. All they saw was a mentally disturbed and possibly highly dangerous person who would kill them when push comes to shove.

That people familiar with the person kept telling the police he was mentally unbalanced probably added more tension to a situation that already had too much of it.

Everyone’s expertise about rules of engagement are flying like fireworks all over social media but you can bet your entire month’s salary these same “experts” never experienced any situation where decision-making was reduced to seconds to kill or be killed.

There were ample warnings as far as the video made public has shown. If anything I’m actually impressed with the restraint; not firing until the victim made a move for his bag. Other trigger-happy morons would have shot that guy as early as the shouting match for him to lie down.

Let the investigation run its course. If the cop erred, apply the full weight of the law to his punishment.

But kindly refrain from using this as another ammunition to propagate any dishonest narratives to undermine the government.