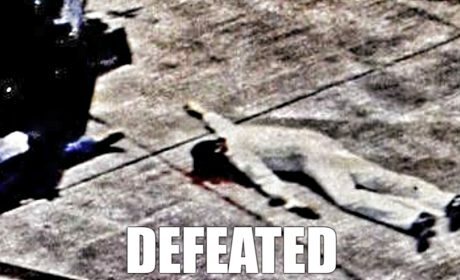 1898 was the year when Julian Felipe prepared the score for the “Marcha Nacional Filipina Magdalo” named after the person who commissioned him who uses Magdalo as his nom de guerre. He borrowed notes from Spain’s “Marcha Real” and the French’s “Marseillaise“, It was intended to be background music during the proclamation of independence not as the country’s national anthem as Raymundo Banas, a historian would say. A year later in 1899, Jose Palma’s poem “Filipinas” would be used as it’s lyrics, the rest is history.

I remember writing an essay about the essence or the purpose of a country’s national anthem, this was during my secondary years. Some of my classmates would say that it is a reflection or the embodiment of a country’s beauty and culture, some would say it is to show the nations’ history and its past struggles. I wrote that it is something that should rally its citizens in pursuit of a certain goal or to progress I have to admit I didn’t think of the Philippine national anthem back then which most of my classmates had in mind, I thought of any country and any national anthem and what should it’s purpose be.

When I read about the news on Senator Sotto’s suggestion to revise the last part I tried to look if there were others who had the same idea and it seems that Mr. Joey Ayala also wanted to revise it. This made me listen and read more about it during these times it reminded me of how our very own national anthem might have been politicized.

If you are not a Filipino you wouldn’t have a clue on what I am talking about, but if you are then somewhere at one point of your life somebody’s death completed the chemistry of “how to become a hero” thanks to the notion of:

This could be the reason behind the idea of if you are a direct relative of someone important or famous who has just recently died you are automatically qualified and blessed by the holy trinity to run for the office of President or Vice-President.

Let’s admit it, the last line of the Philippine National Anthem casts a ginormous shadow on the entire lyrics, from the country’s beauty, our love of freedom, and our courage to defend it, but do we really have to die for it? Why can’t we fight and live victoriously? or defend it? or even to preserve it?

The romantic idea of dying for something has been such a cliche even among the “woke” crowd I think this is what attracts them into joining the armed terrorists CPP-NPA-NDF, to fight literally and die.

If it was up to me, I think we should have a national anthem which gives us a direction, something that would make us pursue greatness and progress not just merely reflect our culture, describe our country’s beauty, and tell a story of our past struggles; I could name a few:

The lyrics do not include anything violent such as dying or fighting, nothing about losing just being victorious, it only prays for blessings and wishes to sing songs of thy praise. Nothing vain in its lyrics too.

I will admit that I am a fan of Tchaikovsky, which makes me admire their national anthem, but once again the message of the song speaks of their nation having a mighty will, greater glory, and them being loyal gives them strength.

Clearly, this country’s national anthem is the best example of what I’m trying to point out, It calls all Singaporeans to be united, progress towards happiness, and to aspire for a successful Singapore.

Created during the Heian Period (794-1185) and was famously sung during the Edo Period ( 1603 – 1868 ), what I’m trying to say is it’s been sung by the early samurais. With five lines and such melancholic melody, it was interpreted to be a song for the Emperor but after the war, it is said that it is a song about the Japanese people, may they last for ten thousand years. Here is a rock version.

What do you think?