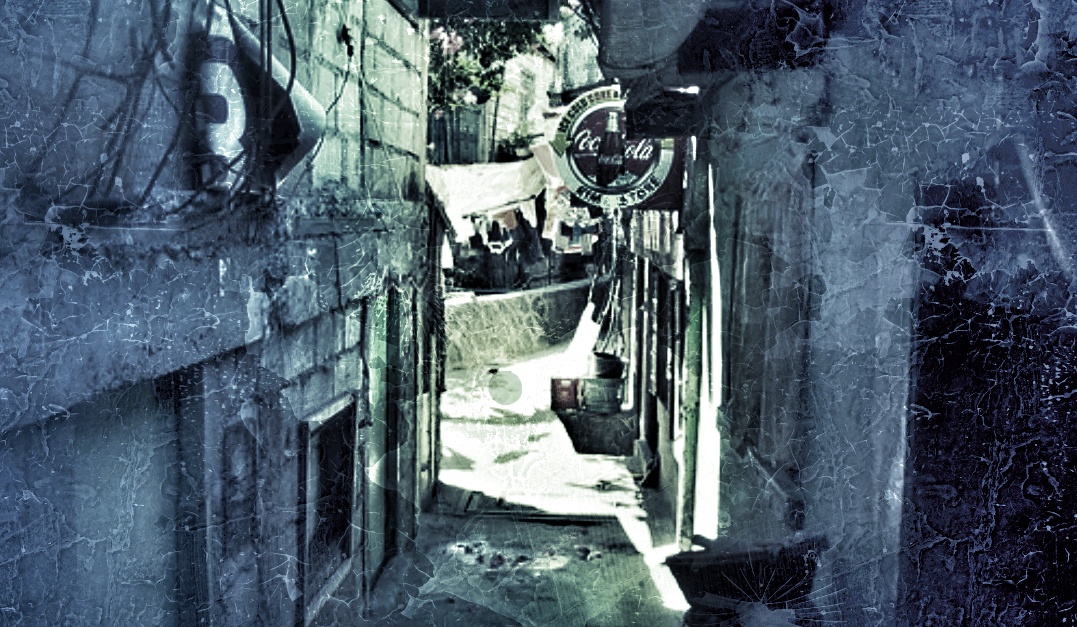 Jerich looked across the room at Tonyo who was digging into a cup of instant noodles. Tonyo looked up, slurped in a noodle dangling from his lip then stood up and grabbed his helmet. Jerich was already wearing his.

“No,” Tonyo said. “Not this one. We’re too hot nowadays. I’m picking up someone who’ll do the job.”

“What? Why’d you come here then?” By now Jerich had taken off his helmet revealing a puzzled look on his face.

“To drop off your cut.” Tonyo pulled out a thick envelope from his backpack and handed it to Jerich. “This one was paid for in advance.”

“Yup, that’s the one. Fully paid.” Tonyo zipped up his jacket and headed for the door. “Have to go now. My tandem will be waiting just outside DLSU in half an hour. We’ll be circling until we get the signal.”

“Oh, so he’s that village kid from the shooting range.” Jerich’s eyes narrowed. “Passing the shoot-your-own-dog test is one thing. Plugging someone while looking her in the eye is another. This guy is all theory. I thought we talked about this?”

“Hey, I’ve got this, ok? He’s ready. I’ve walked him through other scenarios.” Tonyo glanced at his watch. “Traffic might be heavy.”

“The usual.” Tonyo had his hand on the doorknob. “Just a couple of nobodies. They won’t be missed. Don’t worry. After the job, we’ll keep radio silence ’til Thursday after which you’ll hear from me.”

“Ok then.” Jerich looked at the envelope. “This is non-refundable, ok?”

“As I said. Fully-paid. You can go off and fuck your brains out over the weekend. Don’t do it here though. Go off to some shithole up north or something.”

Jerich closed the door behind Tonyo, flicked on his phone, scrolled down the contacts list and tapped on the Message icon on a name. “Hey, what are you doing after work?”