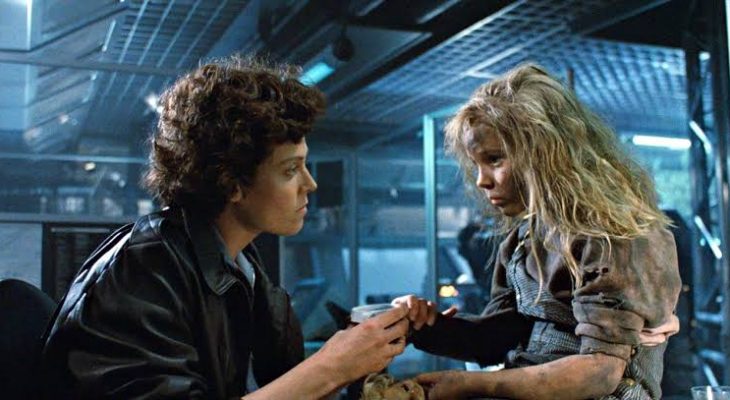 Happy mother’s day to everyone. I’d like to discuss what I believe to be the greatest mother’s day movie, and it’s none other than James Cameron’s ALIENS.

It’s practically a face-off between two mothers. In this corner we have Warrant Officer Ellen Ripley played masterfully by Sigourney Weaver. This sequel finds our alien-killing protagonist waking up to an unusually long hypersleep (57 years) after the ship from the original film drifted off-course and became a derelict vessel.

In the opposite side we have the Alien Queen (aka Xenomorph Queen), the ruler of a hive that overran the human colony terraforming the planet (LV-426) to be habitable. This sequel introduced the concept of the alien species as a social group with a hive structure similar to ants and bees with a single queen mother that runs the show. The original alien in the Ridley Scott movie turned out to be a simple worker compared to the monstrous queen.

What made this sequel so interesting was that the relationship between Ripley and the Queen wasn’t fully realized until the orphaned little girl she took a liking to as sort of a surrogate daughter was kidnapped by the brood as a host for those nasty facehuggers. This is when Ripley’s protective instincts kicks in and she risks life and limb for a child not even related to her.

This is even more poignant in the special edition. In that cut we learned Ripley left behind a ten year old daughter before her fateful trip in the first movie, and that her daughter died of old age long before she was rescued from the derelict spacecraft. That explains her instant liking to ‘Newt’, who’s almost the same age as her daughter when she left.

The last twenty minutes of the movie featured Ripley blowing countless aliens and facehuggers off to save her child, while the queen was bent on revenge for what happened to her own brood at the hands of a desperate mother whose own child they threatened.

In my opinion this is the best entry in the Alien series, not only for the masterful storytelling and action sequences, but it championed women empowerment years ahead of movies attempting the very same thing these days.