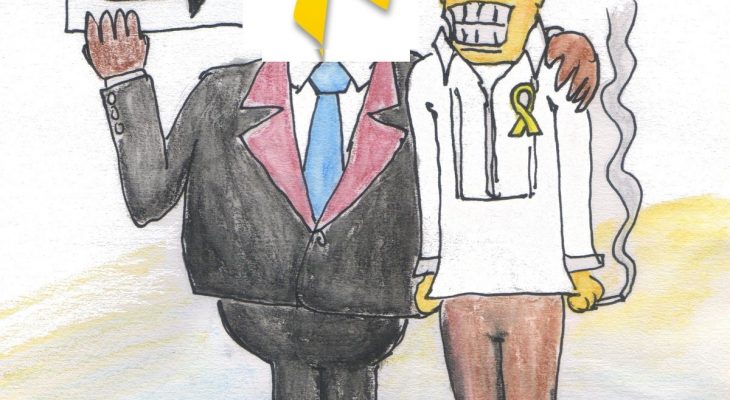 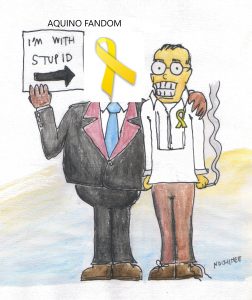 So many Filipinos around social media are posting “thank you, PNoy!” “You are the best president,” and other praises and adulations. Yuck. These adulations are unnecessary, and of course I would say they are mistaken.

I’m pretty sure that that they make such posts in protest to the Rodrigo Duterte administration. But they mix it with the cultic notion that BS Aquino was completely clean and faultless and that he was the right leader for the country. If one has clear eyes and a truly open mind, they would know that much evidence exists that could cause the consignment of the “clean and faultless” notion to the rubbish bin.

The problem with Filipinos is that they treat national leaders as silver bullets. They assume that as long as they elect their puppy into office, everything will be OK. That is nothing but the palamunin mentality at work. Instead of doing their own part to change culture, they instead maintain this personality and narcissism cult mentality, expecting the national leader to clean things up for them and make things conducive to their own lifestyles. They will actually look at the poor people, especially the older ones who remark on Marcos years being better, or anyone with generally different values to theirs, as ‘yuck, kadiring mga tao.’ Some may point to Duterte supporters as being like this, but it really began with the Aquinos.

In the years after BS Aquino took power, human rights groups have pointed out numerous human rights violations by Aquino and his administration. Perhaps the recent rash of killings under Duterte’s watch have drawn attention from this, but it should be no reason to forget Aquino’s issues, which break the notion that he was clean.

Yet the Aquino Fandom holds that the recently passed son was completely clean and only everyone around him was dirty. That’s basically passing the buck. It also ignores the fact that many orders that led to the death of people, such as the police in Mamasapano, had to go through his approval. Therefore, it’s clear he was aware his actions were going to kill people.

That does not even include the rumor that the Czech Republic investigated his human rights record during the Inekon scandal. They found, as the rumor went, that BS Aquino ordered hits on people at times. Although I won’t hold my breath for this, this is something to stay open on.

Perhaps the Aquino Fandom believes in a person’s goodness or badness being based on blood, thus saying that the Aquinos are a “saintly,” “naturally good” bloodline. That is baloney if you stick to science as a basis for your ideas, as well as the Aquinos’ record.

The Aquino fandom might also be quick to point out that human rights violations under a succeeding admin does not excuse the violations of the first one. They will apply this to Ferdinand Marcos and the first Aquino admin. But, I stress, the same should apply to the BS Aquino and Duterte admins. Despite the Duterte admin having its own screw-ups, that gives no reason to lionize the Aquino one. Otherwise, that makes for grave hypocrisy.

Also, whatever happened to command responsibility? For example, on Marcos times, even if corrupt soldiers acted on their own to kill people, Marcos is held responsible on basis of command responsibility. But when it comes to Aquino, “he is clean, blame everyone around him.” You try to exempt Aquino from this rule, but not Marcos? Really grand hypocrisy.

Well, I’ll let the Aquino Fandom do their thing first. But once the dirty laundry gets aired for real, and it gives them a rude awakening, I wonder what their reaction will be. For some of their opponents, it will be a grand moment of schadenfreude.

In the end, it’s time to disperse the smoke and mirrors and stop believing in “saintly” characters to clean the nation. That job is actually ours, in the groundroots, where things really happen.

Aquino’s human rights record is shameful on an international scale

Aquino’s human rights record a ‘failure’ – watchdog– And this is from Rappler, lol