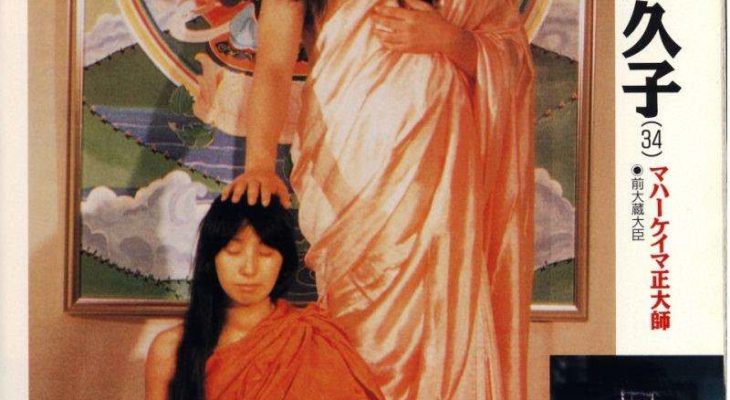 Famous for its youthful fashion and culture,  Harajuku became a shocking sight of a terror-attack yesterday at the beginning of the year. 12:10 am Tokyo time during New Year’s day a car deliberately plowed into crowds of revelers injuring 9 people leaving 1 in critical condition. The suspect 21-year-old Kazuhiro Kusakabe allegedly did this heinous crime as revenge for the execution of Aum Cult Members on June. Police have also confiscated tanks of kerosene inside his car. (details in Japanese)

Who is the Aum Cult? 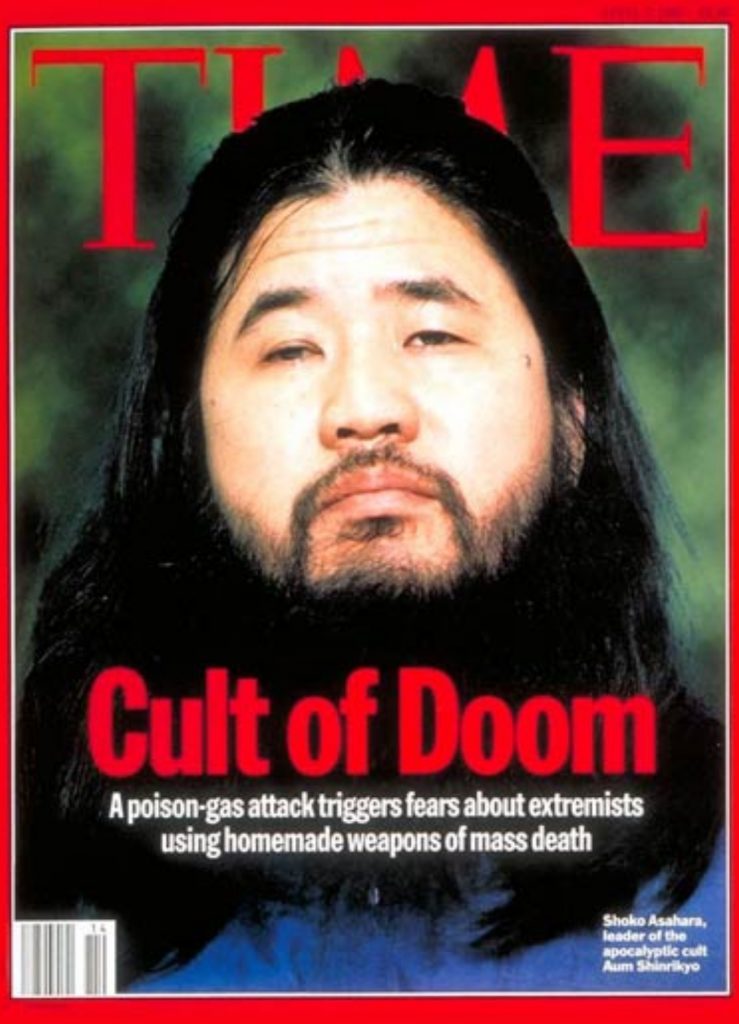 Aum Shinrikyo Cult was founded by Shoko Asahara on 1984. Asahara was influenced by blending bits of teachings of three religions such as Buddhist, Hindu, Christian, and yoga but the catchiest point was claims of being able to levitate. He wrote books such as Beyond life and death, Supreme Initiation and Declaring Myself the Christ where he mentions that he is the Lamb of God. ( a short documentary of the group’s foundation and attacks are found here ) 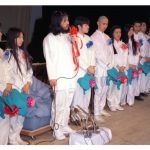 Recruiting students from top universities the group easily catches sympathy from students who oppose a system which values exam scores over individual ability. Taking advantage of the countries new constitution and religious freedom, Japan was in a state called rush hour of the Gods coined out from the article written by Robert Garran.

The group settled in Kamikuishiki, Yamanashi prefecture after being driven out by civilians and concerned citizens from the outskirts of Tokyo this area became the training ground for the cults commandos who would, later on, develop chemical weaponry, the activities inside their facility were; usage of drugs to remove states of anxiety, hours of chanting and listening to recording of Shoko Asahara himself, followers were deprived of sleep and food resulting to his followers’ death many were secretly cremated some were murdered due to challenging and trying to leave the group.

What was their motive? 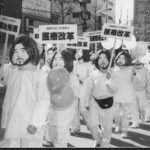 Salvation! To attain the universal truth! To save humanity from a Nuclear Armageddon by following and joining his cult which later on leads to conspiring the assassination of the Emperor, overthrow the government using coup d’etat and by acts terrorism and install him as Emperor as an act of revenge from failing to gain seats in upper house elections on 1990 which is according to experts and news sources. Their infamous attack was on March 1995 the Tokyo Sarin Gas attack which brought the entire nation in shock and questions the countries security capabilities. ( a minute per minuted documentary by national geographic was uploaded here )

During Asahara’s trial on April a year after his deadly attack he would answer “NO, Before and since my arrest, I have kept one important purpose in mind. I have tried to help people grasp absolute truth, absolute freedom, and absolute happiness,” Asahara told the court, he would not plead one way or the other from the charges of murdering 11 people, attempted murder of 3796, killing his members, illegal drug and fire-arm production etc. After collecting enough evidence Asahara together with his 13 companions was sentenced to death. Asahara and 6 other members execution on June 2018 was the first of 13 former Aum members who have been condemned to death bringing the countries’ Trial of the Century into a conclusion. ( details in Japan’s rush hour of the Gods )

The story of Aum Shinrikyo reminded me of the Philippines’ “holy triumvirate” this alliance is the progressive-Catholics, the Liberal Party and its supporters, and the countries ongoing communist insurgency who just turned 50 years last month. This triumvirate has all the elements similar to the rise of the cult let’s discuss them. 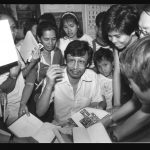 First, let’s go back a bit and review the history of the country so that we could identify the roles of these three entities particularly during the foundation of the CPP-NPA-NDF(Communist Party of the Philippines New People’s Army National Democratic Front).  During the 1930 Jose Maria Sison established the PKP (Partido Komunista ng Pilipinas) the group was originally aimed at fighting Japanese colonialism, US colonialism, and the country’s elite. On December 1968 with the help of the countries Huk Rebellion which was led by Bernabe Buscayno the group, later on, evolved into a protracted Maoist/Marxist armed insurgency conducting assassinations and guerrilla warfare in the countryside.   (source: Communist Party of the Philippines – New People’s Army ) 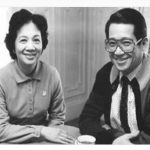 Next are the Liberal Party and its supporters. They gained a strong foothold in Philippine politics all thanks to the following events. On February 1971 Sison allegedly met with the CPP-NPA central committee to discuss his plan to attack a rally of the Liberal Party which was then led by Ninoy Aquino, with the purpose of provoking another violent crackdown. The plan succeeded and the LP blamed Ferdinand Marcos; of course, Sison would deny any involvement pinning Marcos and finally unifying all his critics and political opponents. The Aquino-Sison alliance would later be found out to be true on 2010 during Prof. Lisandro Claudio’s interview with Sison details of this interview would reveal how Ninoy Aquino sought all sorts of groups in order to oppose Marcos and the usage of hectares of his lands in Tarlac as a safe haven for the NPA guerillas. July 1972 the Armed Forces of the Philippines was able to seize weapons from the Chinese Government which was intended to aide the communist rebels, September same year the Philippine Government accused the CPP-NPA of attempting to assassinate the countries defense minister this finally prompted President Marcos to declare Martial Law in the same month. 1981 Marcos formally ended martial law but hostilities between the Government of the Republic of the Philippines and the CPP-NPA-NDF still occurred. 1983 Senator Ninoy Aquino Marcos’ staunch critic gets assassinated on August, people were arrested and were sent to jail but after their release on 2007 a shocking revelation during a live interview of then ABS-CBN’s TV Patrol news anchor Julius Babao with former M/Sgt. Pablo Martinez on November same year sent shivers to its viewers, Martinez would confess that the mastermind according to the people who planned the assassination was none other than Corazon Aquino’s ( Ninoy’s Wife ) cousin Eduardo Cojuangco. Three years later the same Cory Aquino would challenge President Marcos for the seat of Presidency but regardless of Marcos’ victory during a snap election on 1986 Cory Aquino would call on civil disobedience due to allegations of electoral fraud. With the help of the Catholic church and its devout follower, her Presidency would be secured. During her term, She would release Sison who was captured by Lt. Rodolfo Aguinaldo ( member of the 5th constabulary security unit who later on ran as Governor in the northern province of Philippines ) on November 1977 and his comrades despite his actions for the sake of national reconciliation and his role in opposing Marcos. The success of his ascension would give birth to his family and relatives political dynasty in the northern part of the Philippines and a strong foothold in the country’s political realm later on allowing his Son to become President on 2012 this would lead us to the third member of the alliance (source: Communist Party of the Philippines – New People’s Army ) 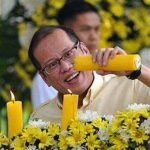 In a predominantly Christian country meddling in any political affairs for obvious reasons is a big No-No! but not in the Philippines. 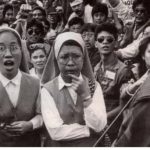 Led by the late Cardinal Sin Manila’s then-Archbishop with the President of the  CBCP (Catholic Bishop’s Conference of the Philippines ) Cardinal Ricardo Vidal the Archbishop of Cebu and their followers the countries’ Catholics joined rebel leaders, activists, and bystanders which would be the iconic People Power Revolution. Cardinal Sin spoke and instructed the people via radio broadcast with the help of Radio Veritas to aid the rebels at Camp Aguinaldo because it would make him very happy. This final move would seal the fate of the country plunging into a virtual one-party rule led by the Liberal Party known as the Yellows. The rest is history. 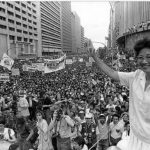 Both the Aum cult and the Yellows had unchallenged supporters at the beginning but unlike the Yellows, the Japanese public became vigilant and acted on it by opposing them publicly during their speeches, assembly, and gatherings rousing the Japanese government’s suspicion and later on investigation from the Aum member’s extortion and criminal activities leading to their end.

Both the Aum cult and the Yellows used the rhetoric of holding a monopoly in “salvation” and “goodness”, progressive ideas, continuous lies, deceit and manipulative schemes of propaganda gaining immediate support from the young and the gullible. Both enjoyed their civil liberties which gave way into launching terrorist activities such as the Sarin Gas attack in Tokyo and the communist 50-year-old insurgency conducting assassinations, extortion, leading to countless victims, it’s legal front who would be constantly staging protests whenever the Yellow mafia wouldn’t be satisfied with the country’s leadership.

Both the Aum cult and the Yellows had iconic people allowing hardcore fanaticism, one qualifying to become a saint in the Catholic faith the other followers who would pay to drink his blood and drink tea brewed from his hair.

The Japanese people was swift enough to make sure the Aum cult wouldn’t succeed thanks to their vigilance in noticing the early signs and dangers the cult could bring still I guess if they could’ve acted earlier the Sarin Gas attack would’ve been avoided; this is something that I wish our Filipino friends shared during the early years of the Yellow’s reign maybe their influence is just too strong, or maybe the lies were buried by the faithful? I do not know. It took modern day technology such as the internet for people to question what really happened back then, testimonies, personalities who dared question what was taught when we were kids, and of course reasoning. 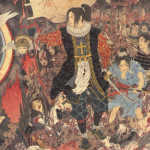 People may argue that the Japanese attitude of being vigilant is deeply rooted to their culture of conformity or something that I would like to say their vigilance towards something foreign, this can be traced during the Shimabara Rebellion during the Edo period, but that’s another story to tell.

2 Replies to “Japanese Christ and the Filipino Holy Trinity”