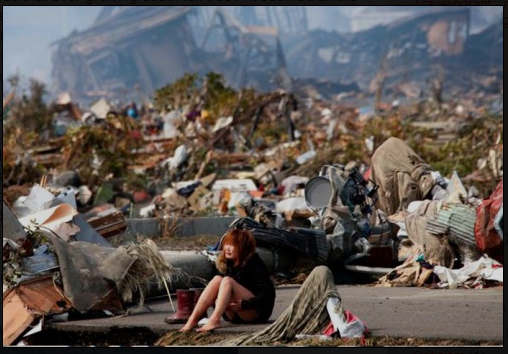 Yesterday was the 8th anniversary of the tragic calamity which struck the land of the rising sun; 15896 dead, 6157 injured, and 2537 still missing as of this date a calamity believed to be the toughest and most difficult crisis of the country as Ex-Prime Minister Kan would describe.

I can still recall my father’s face (when he was still alive) when he was watching this news jaw wide open, tears flowing down his eyes He wanted to fly as soon as possible back to Japan he tried to pack his things but my mum immediately held him and made him calm down this made pops realize that there is nothing he could do for now. This story was years ago during the succeeding years my pops didn’t even bother about it anymore as if he had moved on maybe it was his trust in his people that they could move on and they would do anything to get back on their feet. Yesterday a short program in the local channel aired a simple ceremony for those who fell victim to this calamity almost a decade ago, no fancy speeches, no politicians, most of all no family claiming to be heroes.

I cannot help but compare two scenarios; first being this tragic calamity where people chose to move on and get back on their feet, the second the Marcosian Martial law which happened decades ago where people chose to reminisce their victory over a tyrant, people gave fancy speeches and crowds cheering as if they saw Jesus Christ himself, and of course a group of people being hailed as heroes, believe it or not, Filipinos have been doing these for decades.

Instead of moving forward and re-building again Filipinos have been deceived on the importance of remembering this “victory” without noticing the few people who’ve actually benefitted, it’s gut-wrenching really inside schools, in our community with the help of the mainstream media, it was like mandatory to each and every Filipino to remember it, just remember no actual gameplan on how to recover and how to get back up.

Filipinos became stuck on it, please stop! let’s learn from our neighbors, let’s ditch these charlatans and move on to a brave new world, please?