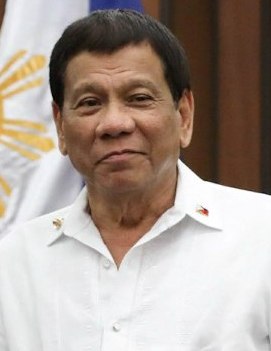 It’s almost a decade now since I left the country, I had many reasons but one of the most important is how dysfunctional our countrymen is when they choose their leaders. “One man’s leader can be another man’s despot” I quoted this from one of the veteran writers of GRP group.

You could identify me as one of those “woke kids” who keeps on bashing our electoral system for allowing those despots to win and their good leaders to lose, this was me a very long time ago but could you really blame me back then?

I left a few years after the 2010 national elections, this should give you a clue why, well if not here’s why:

basically, our countrymen would choose someone to lead because he is a child of someone, and then chose another one who “resigned” over the allegations of receiving money from what we would call “jueteng payola”, this isn’t just the choices that they could choose from and I find that weird, the other candidates were a religious leader ( good luck! ), a veteran congressman, and a business-man turned politician whom I personally think could lead the country better than those two people which I have mentioned first, but history was already written the rest of it we all know very well.

We also had the same results back at my hometown. The son of an incumbent mayor who served 3 consecutive terms miraculously won; this son would also serve for another 9 years and the rest of his term would be what most would call, “impyerno” here’s a link on what I am trying to say.

Imagine living beside a poultry farm, for those of you who think that it’s okay, It’s not you would be literally showering with flies lots and lots of flies believe me it’s disgusting.

This is just one of the anomalies during his term. Here is another video about the plight of our local market vendors.

I could look for more but this one caught my attention, this was during the night before the elections here in this video an alleged “hired thug” tried to threaten an avid supporter of the opposition by pointing a gun to his car luckily police was nearby and he was able to report it.

Here is another report of this mayor’s attitude towards his constituents, note that this is not verified

but all of this came to an end yesterday when a strong 17,111 voters roared to stop this families dynasty once and for all, the opposition was against all odds when the Iglesia ni Cristo decided to vote for this mayor’s spouse, lo and behold justice came swift and strong!

My friends and families living back home were all in tears, they have endured 18 years of this tyrant but the people had enough!

I could say that this is the power of what I’d like to call, DUTERTE EFFECT! it’s better than the spirit of Edsa and more genuine, raw and without the stench of religious fanaticism, I’d like to call it THE DUTERTE EFFECT! if you would look at all results the people roared all across the nation unseating dynasties, despots, etc. hope in our country is restored.

Fun fact though, a few days before the election the greatest President who ever reigned in the country visited my town and endorsed this candidate(incumbent mayor’s wife) even though they were in different political parties, here is the link:

I guess this would finally break the cliche that Tarlakenyos are die-hard yellowtards ain’t it?