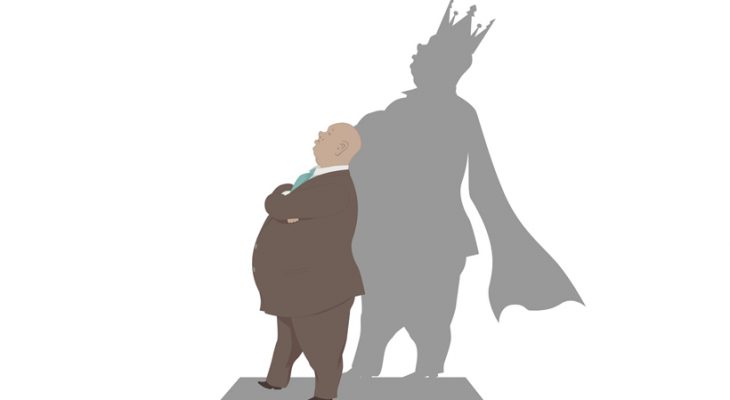 Back in college my Soc. Sci. 2 instructor made a rather telling statement by way of an example that was meant to be humorous. We were deep in discussion over some forgotten political philosopher and his theories about society and for some reason the lecture ventured into egalitarianism and he presented a scenario that showed how the average UP student won’t adapt to such a concept readily.

The example was simple enough; as it was just a conversation between two people. The person just told the other that they’re brothers and equals to which the other replied, “No we’re not. I’m a UP graduate, you’re not. We’re not equals. ”

As early as the first day of high school most Filipino parents have already set their sights on making sure their children get a proper foundation to make sure they pass THE UPCAT or score a scholarship to the top three private schools like Ateneo, La Salle, and UST. Specifically in that order as well. Only diehard alumni of each would re-arrange the list accordingly as a sign of loyalty to their alma mater. And note that that arrangement is based on popularity and not the scholastic competence or teaching capability of the schools.

Since I was a child and long after I graduated, these were always the universities that were held in the highest regard in the pecking order when it came to judging a new graduate’s competence for a position. I have worked in several international companies and it’s not uncommon to hear fellow applicants murmuring to each other how they overheard or bragged the interviewers were impressed by the schools printed in their CV. Or see the last batches of candidates for a final interview narrowed down to either their work experience and/or educational background.

Thing is, when it comes to securing a good employment from a reputable company in the Philippines, these are the universities that often guarantee results. Not only because of the training that’s also backed by the long line of successful alumni for each, but also the kind of people you fraternized with in school, to form useful networks that come in handy long after graduation. So given these kinds of reputation it’s only natural for a student or alumni to feel pride for the school he attended.

A few days ago (Apr 26) COMELEC Commisioner Rowena Guanzon got under fire for a controversial tweet about lawyers who did not graduate from UP or Ateneo to not bother debating with her as they will only “waste her time”. To add punctuation to that statement, a hashtag that said #BawalAngShunga was appended to the tweet. Needless to say she got pilloried for it and even as of this writing, mocking replies to her tweet have already included the recent BAR results where not one of the top 10 passers came from either UP or Ateneo. Such was the magnitude of anger and backlash against her that it highlighted the elephant in the room about the reputation and arrogant behavior some people from these two schools exhibit, either as a student or alumnus.

While I still agree that the names of these schools attached to your name does a lot of wonders to your credentials, times are changing and more lesser-known schools are producing equally competitive students who are excelling in leadership roles, management, and innovation without fanfare.

You always have those arrogant twats at work bandying their alma mater around like some talisman expecting people to bow down to them despite their apparent lack of productivity. Like a more subdued and sober version of Guanzon and her tantrums, but still managed to irritate others due to a bloated sense of entitlement by virtue of the school they have attended and the penchant to look down on others who graduated from “never-heard” universities.

Top university students (and even alumni) need to rethink the purpose of why they are in school. To get an education, apply what they have learned as a productive member of society, and come out of it—hopefully—a better human being. Anything other than that is just vanity, unnecessary stress and unrealistic self-appraisal that could hurt the school name in the long run.