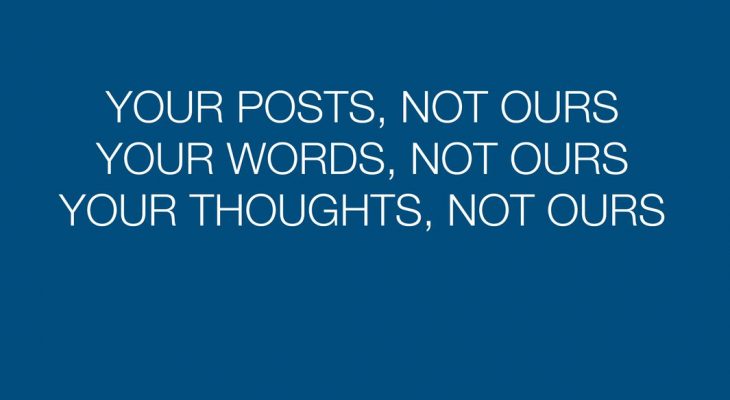 At the forefront of all this recent public-shaming controversy of regular people is a Facebook page called “DDS Confessions” . The page is currently inaccessible but its Twitter counterpart is still up and running.

At first glance you’ll probably assume this was one of the usual hardcore DDS pages devoted to propagating the cult-like following for the president filled with the usual fanatics who run amock at the slightest provocation or questioning stance against the president. Very predictable and trivial to ignore easily. Or is it?

Things take an interesting turn when you take a closer look at the posted materials.

All posts are images composed of the grabbed DDS (Duterte Die Hard Supporter) photograph and a supposed public statement done by that person in social media. It’s either an attack against any opposition personality or a spirited defense or adulation for the president, with respect to the issues attached to him. So far, so good. The page even adds its own little “trademark signature” to the image:

And you realize the site is anything but an innocuous fanpage meant to bring together like-minded cultists to worship the president. In fact it’s the opposite.

It’s actually a page meant to belittle and shame any person they identified as a “DDS” either through his comments on a public Facebook page or something he wrote on his own public Facebook wall or his tweets. And chances are, the person is not even aware that he or she is now the butt of jokes among the page’s followers.

He’ll probably find out when his image has been shared enough online that it reached him when it already went through numerous shares and reposts on the web. He’s already a minor star by then, having entertained countless people at the expense of his person.

Everything within the page is done with absolute malice and intent to humiliate. They choose the most unflattering photograph of their victims and their most grammatically-atrocious “quotes” and/or contradicting statements to paint him as a bumbling buffoon, and is ultimately served for the sadistic pleasure of the page’s like-minded followers to repost or share on their own pages.

For the longest time the self styled-opposition composed of the yellowtards and a group sympathetic to the communist cause have fashioned themselves as intellectually superior to anyone who does not share their worldview. That anyone, least of all a small town mayor who speaks like a crass pedestrian instead of their idea of a statesman, would take the reigns of power from their expected candidate is a gross insult to their sensibilities.

It appears that after their spectacular loss on the last senatorial elections they just gave up trying to convince the followers of an incredibly popular president and just resorted to harassment tactics with the intention of scaring people towards silence.

And as always, their methods and what they’re preaching are so comically out of tune and in direct contradiction with each other.