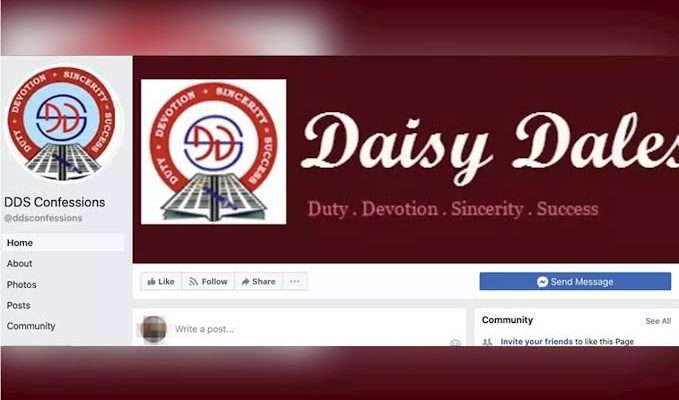 A report from Inquirer.net by Darryl John Esguerra highlighted the gaffe of several pro-administration “netizens” who mass-reported an Indian school’s page thinking it was the public-shaming site targeting Duterte supporters, as they have virtually the same name (DDS Confessions).

This is at the heels of a recent controversy largely ignored by mainstream media but did not escape the scrutiny of several pro-administration media personalities.

That a site called DDS Confessions, and others with a variant of that name (i.e. Christian DDS Confessions), have been grabbing photos of identified “DDS” (Duterte Diehard Supporters) and creating memes out of them along with statements they posted in a public domain—all with the intention of humiliating the person to these pages’ followers, had been gaining notoriety for some time now.

According to the report, the Indian page was caught by surprise about the deluge of messages and notifications:

According to the handler of the DDS Confessions Page, the attention they got from Duterte’s supporters prompted him to do some “research” about the tough-talking President.

“The sentence ‘I am horrified to the very core of soul’ doesn’t quite justify what I’m feeling,” the page said it its post.

In another post, the page handler bared that he is now receiving death threats from Duterte’s “lunatic supporters” for thinking that he was a “yellow,” the political color of the opposition Liberal Party.

“Folks, if an anonymous Indian guy sitting thousands of miles away can influence people into voting against your president then you have bigger problems,” the handler wrote.

“That’s all people, please stop this madness and go away. I’m done.”

The next part of that story basically followed the lazy Pinoy journalism template of quote-mining “netizens” with a strong bias against the current administration, a deplorable SOP of every major media company in the Philippines and a good filler to “stories”  that have no substance to begin with.

The reporter did not even bother asking what prompted the mistaken attack on the said page at all. You’d think any “journalist”  with an IQ higher than that of a carrot would at least have the common sense to be curious enough about it. Or maybe he was, and his editor in chief wasn’t.

For all the recent indignant cries about “press freedom” these days, the despicable manner of how mainstream media have buried facts and information that run counter to their partisan leanings have only been amplified.

And that instead of being the so-called “checks” on society’s missteps, have only become one of its greatest liabilities.