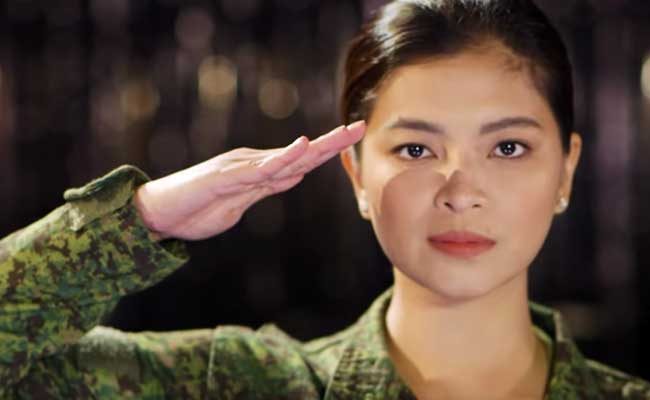 Maybe it’s just me being an old creepy and joyless old man. But I just saw an image of Angel Locsin with all that heroic Mother Theresa hype with it and realized I’d trust a venomous snake sooner than I would trust her.

I can’t shake the nasty suspicion all of that woke slash activist (look at her Twitter if you think I made that up) routine and Good Samaritan acts you have seen splashed all over the media are all just for show.

While her initiatives did help and probably even saved countless lives especially during this pandemic, nothing changes the fact that those publicity stunts are meant for something else. That’s why there’s an overdose of media coverage to cover her every move.

Public sympathy for her beleaguered employer, ABS-CBN, certainly is one of them but most likely not the real motive behind those actions. More like planting a seed to be harvested on a much later time.

One might ask if she has any kind of political aspirations beyond her showbiz career. Maybe, maybe not. What’s certain is that anything’s possible. Assuming she’s not into that political trajectory she’s certainly in the position to endorse anything. Or anyone.

There’s something about saints and people posturing as such that commands a great deal of loyalty, acceptance, and trust. Favors or any kind of “unconditional aid” ensures that. That’s practically one of the main cornerstones revolving around the characters of Mario Puzo’s classic novel about Italian gangsters.

So what’s the catch? Neri Colmenares, maybe. She can be a strong endorser. After all he is her nephew and has close ties to nearly all the front organizations of the CPP-NPA and other communist movements leeching the government coffers in the guise of “helping the poorest of the poor”.

That has always been their marketing angle and recruitment bait; having jaded members of the proletariat join their criminal revolution to change a corrupt system. Not realizing that the only reason they would like to get rid of the “corrupt” personalities is to ensure there’s no competition in their shady takeover.

All they need is a strong celebrity with grassroots following and that’s where she comes in.

As an actress, she plays the role beautifully. The kind Coco Martin (who is in perpetual Cardo Dalisay mode) can only hope to do in real life.

Just recently she tweeted a protest against accusations about her being an NPA supporter. In a tweet directed to Sen. Tito Sotto who apparently liked the tweet accusing her, this is what she said:

And like all other organizations or characters who whined about red-tagging, also offered a mystifying response by sidestepping the main accusation and issuing a general statement her lawyers would probably be proud of.

I mean how hard is it to say “I’m not a communist and I don’t support scumbag terrorists like the NPA”?

Take a look at all these red-tagged organizations or personalities and chances are you’ll have a much better luck finding the lost city of Atlantis than finding any outright denial of either that failed ideology or terrorist group from them.

So yeah, keep on dancing fellas.

As for Ms Locsin, lots of luck. I hope I am wrong and these are all just senile ramblings of an old man. And I hope you have a much clearer persepective of things than your nephew and his ilk.