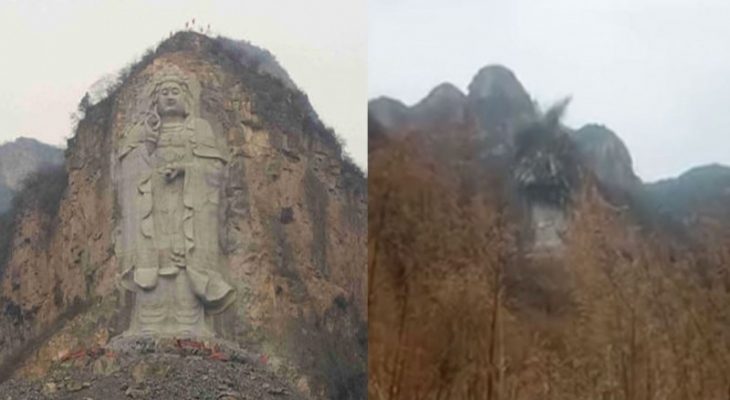 I’ve realized another way woke statue-destroyers are actually like the dictators.

Many dictators have tried to destroy items of old culture, often killing people along the way, in order to make the world into their own image.

Qin Shi Huang, more known as Shi Huang Ti, the first emperor of China is thought by older historians to have burned older books and had scholars killed. His reason for doing this is to create unity. While the account is being questioned, I’m pretty sure by today’s standards he would have been condemned as a human rights violator and a destroyer of culture.

Roman Emperor Nero was thought by older historians to be behind the 64 A.D. fire that razed Rome. Some theorize that he wanted to make a new Rome in his image, so he burned the old one.

History buffs know the Library of Alexandria as one of the greatest tragedies in the history of knowledge. Most people familiar with the story think of a great fire that consumed the library. There are however many theories and accounts of its destruction, which likely happened gradually. But the final stage of destruction is said to have happened in the 7th century A.D. upon the order of Caliph Omar.

Back to China, the Cultural Revolution perhaps the most recent example of attempting to erase history. Mao Ze Dong sought to remove all vestiges of ancient Chinese culture, replacing them with Communist culture. Again, those familiar with the story know how many millions were killed – and this is a fact. The picture above shows Chinese blasting a buddha statue to pieces, similar to how the Taliban blew up giant buddha statues in Afghanistan.

The funny thing is that wokes claim destroying statues or memories of the past will “prevent history from repeating.” They should realize that they are the ones repeating it.

But here’s another one: by trying to erase history, they are the actual revisionists.

2 Replies to “Woke statue-destroyers are the real revisionists”