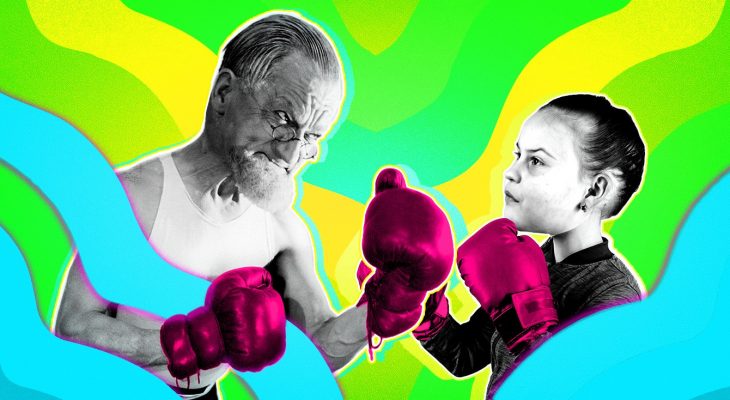 I just realized something in light of the recent events where the loudest voices are composed of the millennials and their younger ilk. In a recent article written by fellow contributor Chino Fernandez, he wrote:

The wokes tend to complain about some oldies as being dictators and micromanagers of other people, or even right-wing and “status-quo” supporters. But young wokes are no different.

Both generations are the same in wanting the world to be made into their image. And if the world isn’t that way, they’ll throw a tantrum.

Fernandez pointed out that the prevailing attitude among the civic-minded youth, popularly labeled as ‘wokes’ these days, are no different from the conservative, closed-minded ‘boomers’ they like to ridicule for their supposed archaic ideas. “Ok boomer” is a popular clapback among these characters whenever they engage a much older person in an argument, especially when they want to end the discussion abruptly.

A few days ago I came upon an article about how an online Change.org petition pushed for the removal of M. Night Shyamalan’s SPLIT from Netflix in light of its “offensive” portrayal of DID (Dissociative Identity Disorder).

A quick glance on Twitter following the #GetSplitOffNetflix hashtag and you’ll immediately get a sizable sample of the types of people advocating this new form of censorship, like this particular tweet:

While I do not have DID, it is important to address how harmful this movie, as well as the greater portrayal of DID in media, is for the people who do. Netflix: Get Split Off Netflix! – Sign the Petition! https://t.co/omC6wFnbI8 via @Change #GetSplitOffNetflix

I did not have all the time to see all the tweets with that hashtag then, but I never saw one DID patient or someone remotely connected to a DID patient condemn the movie as a misrepresentation of their group.

Apparently for these new breed of “activists”, censorship is a perfectly acceptable solution to address offending materials. It has a similar pattern to those statue-destroying mob who wanted to erase any offensive, non-PC symbols of oppression in the past.

It all comes down to the offended sensibilities of the few who want the rest of the world to be offended like them. Everything should be sanitized, picture-friendly, and politically correct. Nevermind if there are people who want to see these materials and want to decide for themselves whether these are truly offensive or not. And while we’re at it, SO WHAT IF IT’S OFFENSIVE?

The funny thing is the way they package their intolerance as crusades for some hapless minority group who may or may not even know of the outrage these clowns have drummed up. For people outwardly professing their support for free speech, freedom, and diversity, their actions have so far failed to support their narratives.

And this amusing development in the history of the human race recalls an interesting period just a few decades ago.

Remember that rigid, self-conscious generation that pushed the boomers to embrace counterculture, hippie lifestyle, freedom, mind-altering substances, and “subversion” in the mid-60s as a response to the rigid, cold, sanitized worldview imposed upon them by their elders? Well, they’re back.