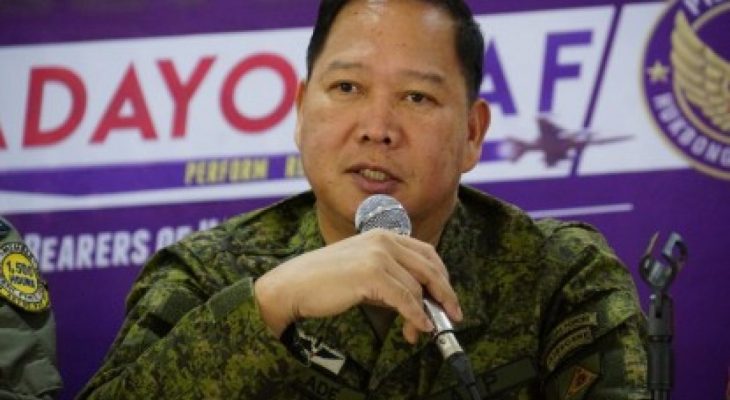 While people are lauding Lt. Gen. Parlade’s statements against known personalities who may have direct involvement with the terrorist armed wing of the CPP, the question remains as to why there isn’t a single arrest done against these people yet.

As law enforcement goes, the basic and most important aspect of the job is securing evidence against supposed wrongdoers to facilitate a smooth and seamless prosecution and verdict. These last few days have been a media frenzy between the armed forces and members/supporters of GABRIELA and other communist sympathizers.

Both sides have exchanged pleasantries in all avenues of information dissemination, but no clear results have been produced as far as holding the other party accountable on the accusations each have thrown against the other: Red-tagged “victims” refuse to sue for slander/libel while the other just keeps on producing one accusation after another instead of acting on said accusations to arrest the accused; especially when there’s a constant reminder of strong evidence in their possession.

Propaganda is expected from the NPA and its front organizations, and the government to some extent, but to engage in that without utilizing the full capacity of our law enforcers’ capability to bring enemies of the state to justice will be reduced to a he said, she said scenario that is not only a waste of time, but also undermines the capability of the armed forces leadership to act accordingly when presented with evidence against certain individuals.

Lt. Gen. Parlade would do well to leave the media mudslinging to administration supporters. There’s more than enough of that to handle yellowtard stragglers and mercenary commies/journalists to keep the narrative in check.

As a soldier, the expectation of him is not what he says or being media savvy, but the RESULTS that would validate his accusations.