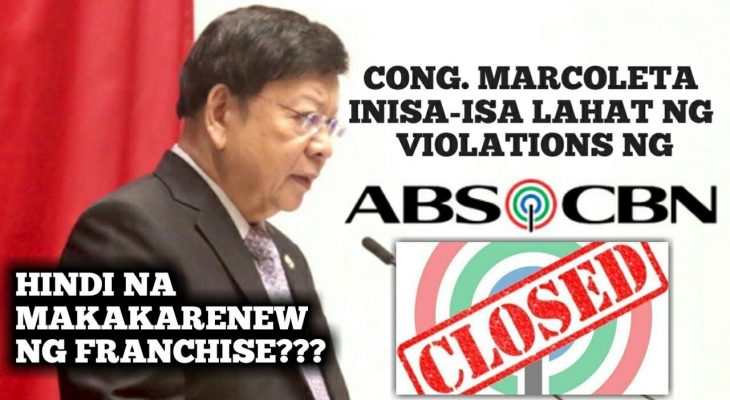 Checked out ABS CBN’s twitter and found that they interviewed journalism professors who claim that, among others:

Rep. Marcoleta took internet issues and made them basis for opposing ABS CBN’s franchise. One of them went so far as to say, “that is not how you argue a case.”

First. It was an opening statement, and not one that is supposed to lay out evidence and make arguments. His job was to define the issues that ABS was to answer in defending its claim to a franchise. If he acted partisan, well hell… he is OPPOSING the grant of the franchise.

Second, it is not a judicial case where Marcoleta is arguing as a prosecutor and ABS stands accused. That is what they want this to look like, with ABS as the poor innocent victim being manhandled by the big bad government. This is a legislative hearing where ABS has no right, but needs to prove that it is worthy of the privilege of holding a franchise to broadcast.

Third, Marcoleta did mention that the issues were being discussed online, but is that sufficient to dismiss them? These issues were in fact raised as far back as 2014 — not a peep out of any supporters or even from ABS itself. They refused to die because they were never answered. And the time for reckoning has come.

Finally, it is clear that ABS is sticking to their strategy of making this a freedom of speech issue. Fine. But as we keep saying. Speech is a right. A franchise is a privilege.

This is like watching a train wreck. Its going to be gross and bloody and I can’t look away.