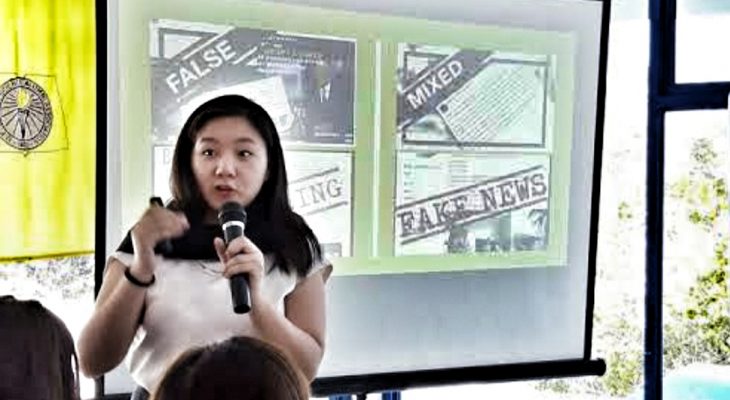 Remember that buried “news” item in the Washington Post where Regine Cabato wrote how  Twitter shut down pro-Duterte “troll” accounts simply because they were pro-administration? Neither do I. But let’s do a quick recap.

Back in April a Washington Post “live feed report” from Cabato stated that Twitter cracked down on several pro-Duterte accounts heavily implying that the social network giant singled them out because of partisanship and not because of Twitter’s rules and regulations that applies to ALL USERS regardless of what partisan color they wear.

That little stunt got her under the scrutiny of GRP and, instead of addressing the article’s assertion regarding her DISHONEST methods, decided to block the author and others who kept pestering her about it. Real class act for a supposed journalist.

And she’s back this time with a new article that scores points in terms of consistency when it comes to innuendos and editorializing in the guise of reporting. The usual boogeyman scare-tactics the opposition loves to sprinkle their narratives with like referencing Martial Law, suppression of press freedom, and job security were present but conveniently omitted the fact that the franchise renewal was pending since the BS Aquino administration. And had she bothered to do a bit more digging, she could have at least included the FICTAP issue clearly explained by Neng Tamano as a major factor that delayed the renewal process for the network.

And the thick-faced reference to her own questionable report she did not even bother defending at the height of its controversy was even included in the article.

Disinformation plagues the Web in the social media-savvy Philippines; last month, Twitter took down hundreds of suspicious accounts using pro-government hashtags — among them, #YesToABSCBNShutdown. On Tuesday night, #NoToABSCBNShutdown, #IStandWithABSCBN and #DefendPressFreedom were the top hashtags trending here on Twitter.

With this kind of cavalier attitude, work ethic, and arrogance from media practicioners, it’s a no wonder why mainstream media in the Philippines have a shortage of sympathy and support.