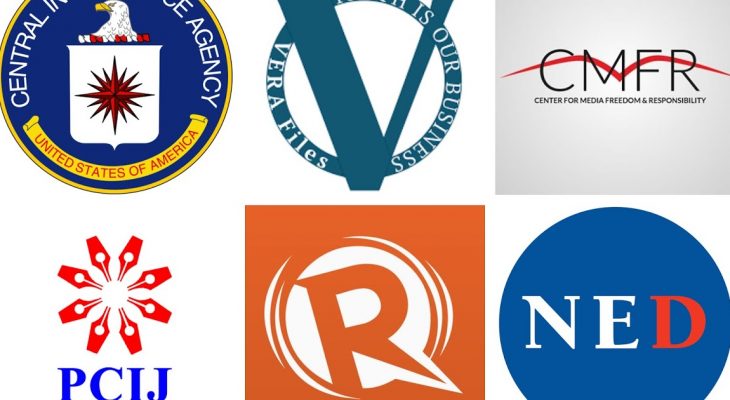 Aside from that conviction where she cannot even come up with a single believable rebuttal against the complaints filed against her by a private person—relying instead on technicalities—Maria Ressa cannot even debunk allegations about her citizenship and the shady business practices of Rappler often reported in a small sector of mainstream media.

For the longest time former ambassador and veteran journalist Rigoberto Tiglao had been releasing detailed articles about her, Rappler, its close cabal of saboteurs masquerading as legitimate Philippine organizations instead of foreign funded entities (PCIJ, CMFR), and their organized anti-Duterte narrative that appear to be coming from the United States.

Links to some of the articles:

Maria Ressa is an American, bashing the Philippines salvaged her distressed career

Any pretense of patriotic sentiment packaged as some kind of moral prerogative coming from these groups should be taken with a ton of skepticism. In one of the said articles, Tiglao wrote:

I emailed last week the heads of Vera Files and CMFR—Ellen Tordesillas and Melinda Quintos-de Jesus, respectively—to ask them for the sake of the ideal of transparency that they have demanded of government, to disclose how much they have received in foreign funds since their establishment, and from which entities. They haven’t even bothered to reply. And they complain that government officials aren’t giving them information they have been asking.

Even avowed anti-Duterte leftist and columnist/blogger Katrina Stuart Santiago wrote this on her Facebook page a few days ago:

This has been, will always be, my issue with the way Ressa has been fashioned as hero of Philippine democracy by the West and its media: they believe, hook line sinker that Rappler is an “independent” media entity, without even a sense of how Bulatlat, Pinoy Weekly, Altermidya are the only ones that can lay claim to that label. And please “a small office with over 12 reporters”? Sige, 12 reporters and how many editors earning how much cash, since 2011? And since 2011, a bunch of us have asked about their funding sources, have talked about their biases, and guess what Ressa does: brings on the online mob against us.

That Ressa and these organizations haven’t even filed a SINGLE libel complaint against Tiglao for being “slandered” is even more baffling. Especially Ressa, who’s notorious for threatening lawsuits against people of the crime she’s guilty of for lesser offenses. The most she and these organizations ever did by way of debunking the accusations against them were through ad hominem attacks or invoking that tired “fake news” copout. For all the massive financial support and propaganda of the Western civilization at their disposal, not a single lawsuit was filed against Tiglao, whose articles struck devastating blows against their supposed credibility.

Meanwhile, Ressa is still on her convoluted “tour” in the Western hemisphere peddling the nauseating swill that what happened to her was some kind of state-sponsored initiative to silence the press. Apparently even the likes of BBC Hardtalk bought it.

It’s time for Filipinos to step up and call out foreign meddlers and exact some form of accountability to their Filipino agents acting on their behalf for the damage they have done to the country through their smear campaigns and black propaganda. It is a necessary step towards progress.