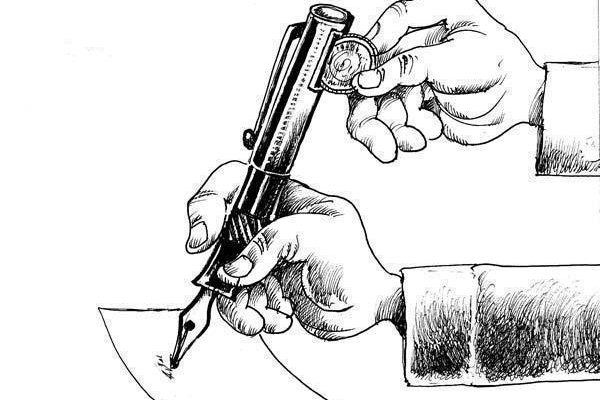 Just take a look at any of the mainstream media organizations in the Philippines and abroad and 8 times out of 10 you’ll see or read articles that make a martyr out of convicted felon Maria Ressa. From opinion makers to straight “news” stories, they always paint the libelous American as some kind of fallen saint who took the cudgels for the profession in the name of standing up to a tyrannical government.

Excuse me while I puke.

Never have I imagined witnessing such an orchestrated and organized parade of bullshit after another. But here we are, and we have interesting days ahead because of this wonderful new development from our venerable media practitioners.

UK’s The Guardian wrote about the case, and although it does not really come as a surprise what  slant it will take, proceeded with the shameless narrative that what happened to Ressa and Reynaldo Santos Jr was a hostile move of the Philippine government instead of their slanderous  article aimed at Wilfredo Keng, a private citizen, and undermined the complaint based on the convicted’s defense based on technicality:

Ressa’s lawyers point out that the controversial cyberlibel law did not exist at the time of publication, and was in fact only enacted four months after the story was written. However, the justice department said the case could go ahead because the online article had been updated in February 2014 to correct a spelling error.

And the quintessential Ressa fanboy The New York Times, all but supported the libelous claims of the convicted by glossing over and even insinuating Mr Keng is indeed guilty with this deplorable write-up:

Prosecutors first filed libel charges against Ms. Ressa in 2017 after a businessman disputed an article that he said inaccurately linked him to a top-level judge and tied him to the drug world. Rappler reported that Wilfredo Keng, the businessman, had lent a sport utility vehicle to Judge Renato Corona and cited sources who claimed Mr. Keng was tied to illegal drugs, human trafficking and murder.

Not ONE of these pro-Ressa stories even attempted to debunk the accusation with any relevant information at all except to cling to that pathetic technicality that earned her defense team the well-deserved tag of “bad lawyering”.

And “journalists” are complaining about being pelted with stones.

With that kind of moral compass and mercenary approach to whatever narrative you’re trying to shove down people’s throats, you hyenas deserve a lot worse than that.