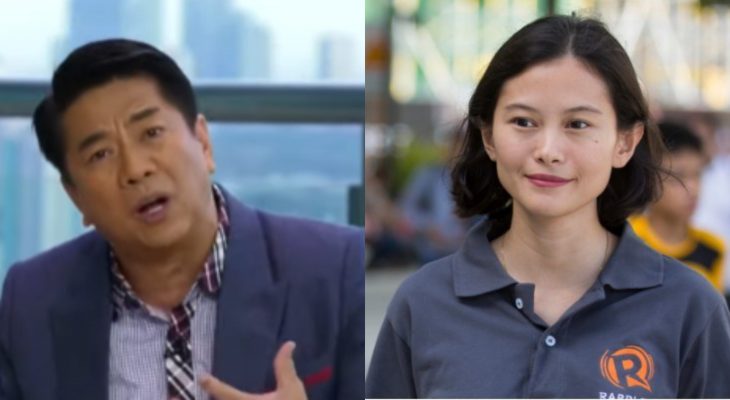 Just what we need. Another “exclusive” from Rappler that could not be bothered to make a show about at least attempting to contact the parties they’ve featured on their article.

On a recent Wowowin episode (Link here. Starts at 43:38), Revillame alloted a good portion of the show’s airtime to call out Rappler and Pia Ranada (the article’s author) on their malicious take on his recent televised program with presidential spokesperson Harry Roque.

Presidential Spokesman Harry Roque’s virtual press briefing on Friday, August 7, unexpectedly took on talk show vibes after television host Willie Revillame seemed to barged into it to talk about his charity efforts and even plug his GMA7 show.

“SEEMED to barged into it…”

That a reporter like Ranada could not even be bothered to at least make an excuse about attempting to contact the people involved for a holistic picture of a report is beyond anyone’s guess.

But then again this is Rappler. Where every despicable practice scoffed at by both Journalism 101 students and hardcore veterans suddenly take a magical turn to acceptability just because it aligns with their partisan agenda. But, ultimately, because God’s gift to journalism Maria Ressa herself said so.