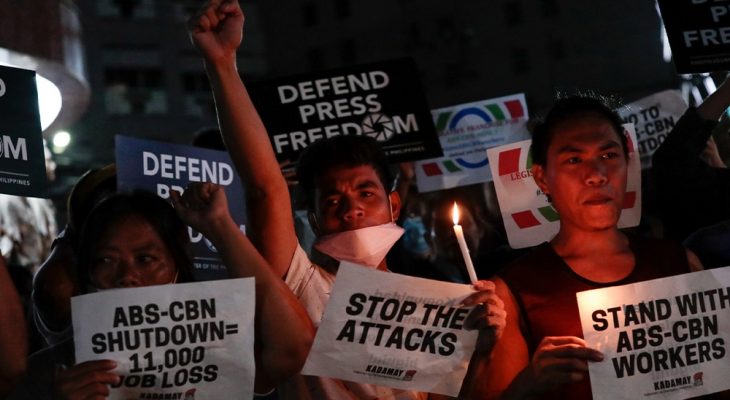 Looks like the key to all this talk about the ABS-CBN franshise and shutdown is FICTAP (Federation of International Cable TV Association of the Philippines). In a recent interview given to GMA 7, FICTAP President Neng Juliano Tamano explained the franchise issue clearly; not muddled by legalese most pro or anti administration lawyers were prone to.

It seems nothing was done to address the complaints raised by the organization as early as the previous administration when the franchise renewal was submitted. And that the main issue still looks like it is still in dispute up until the network’s shutdown, and that it did not reach any satisfactory resolution at all.

Several key points given by the FICTAP president have shed a better light on the issue. This was taken from the GRP article Press Freedom Has Nothing To Do With #ABSCBNShutdown:

1. ABS-CBN applied for franchise renewal in 2014 under Pnoy’s admin which was denied because of the opposition of FICTAP.

2. ABS-CBN’s application for franchise renewal includes 6 more channels(ANC, S&A, MYX, etc) which should have been applied as new separate franchises.

3. ABS-CBN used the airwaves for the said 6 channels without separate franchises.

4. ABS-CBN charged P2,500 pay per view for the Pacquiao-Mayweather fight to which NTC issued a cease and desist order. Despite the order, ABS-CBN proceed anyway.

5. ABS-CBN charged P30 for KBO programs when the franchise airwaves is “free to air”.

7. FICTAP’s stand on the issue “No franchise, no operation”

8. FICTAP does not object the renewal of the ORIGINAL franchise.

Based on the points presented above, it’s clear that the matter was not a simple renewal issue. There were legitimate concerns from other businesses like small cable operators objecting against the TV Plus Box having unfair advantage of using “old” franchise airwaves to charge fees to subscribers.

Long story short, this was not a simple “delay” of a renewal as most mainstream news outlets have reported in the past. It appears there was a gridlock in congress on how to proceed with the unique nature of the new application under the guise of an old one, especially with all the objections raised by FICTAP.

2 Replies to “Start with the FICTAP objections”