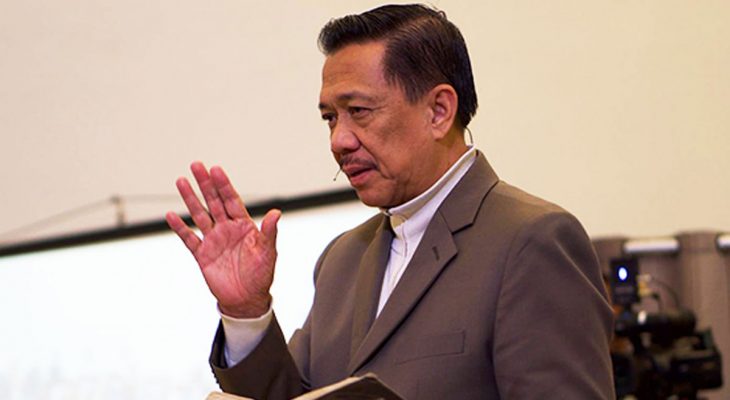 Trust yellowtards to continue alienating potential support bases for their campaign machinery in future elections. In an astounding display of cavalier and sensationalist “reporting”, official yellow newsletter Rappler threw shade on recently-departed Ang Dating Daan founder and leader Bro. Eliseo “Eli” Soriano in their blurbs and headlines that were since edited after receiving considerable backlash from the public.

Thanks to countless screenshots of the report written by Raplerette Paterno Esmaquel II, people were able to compare the ones from Rappler to other news outlets that were more sober and subdued, in comparison. Anyone familiar with Rappler knows the organization thrives in sensationalist and shock value approach to its stories that it’s hardly surprising it would resort to that—nevermind if the person in question had just died. 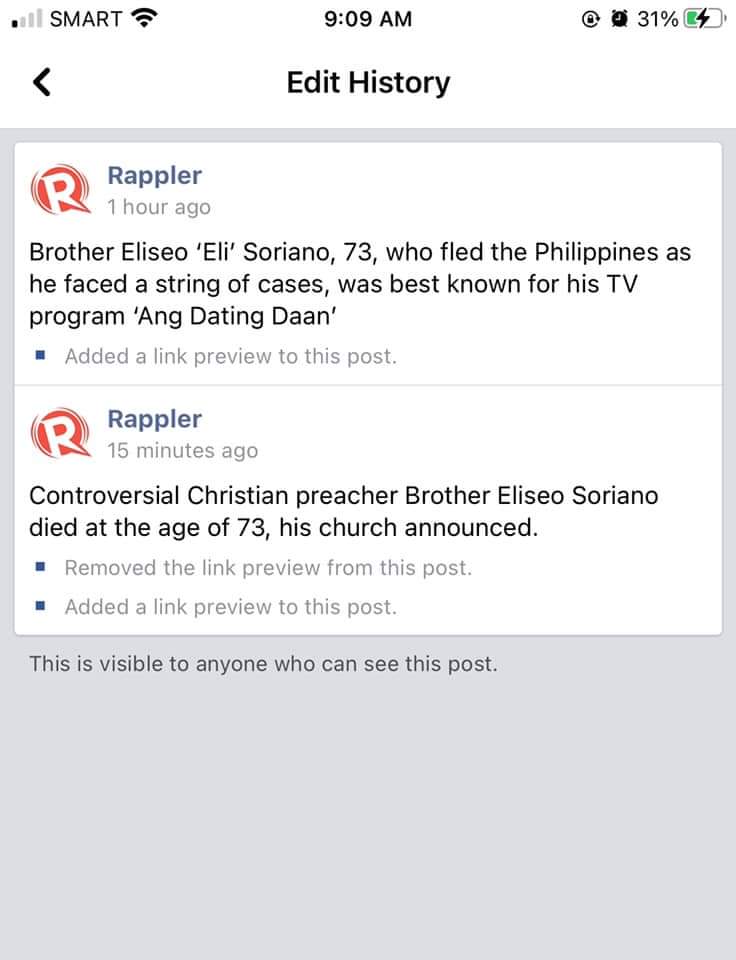 That Soriano may or may not be a shady character himself is beside the point. Rappler is an identified Yellowtard brand and Soriano is a religious leader with a considerable following. Scan the net for news about his death and nearly every article about it is brief, straightforward, and devoid of any “speculations” or “implications” Rappler has all but perfected as an art form. What’s even more confounding is the total lack of conviction to what they initially published, as evidenced by the recent edits to remove the offensive tone of the initial posts.

Yellowtards are caught in a tight spot with the dwindling support to their once popular cabal. Apparently not contented with the likes of Apollo Quiboloy and the INC as very vocal and visible opponents to their cause, they unwittingly may just have added Soriano’s congregation to the mix by insulting their charismatic leader. Or maybe this was a retaliation on behalf of their communist allies, as a recent video of Soriano circulating online saw the ADD leader castigating communism, the NPA, their front organizations, and its adherents.

Whatever their reasons, the yellows (and their commie allies, for that matter) are doing a great job of repelling people with minimal effort. Still nothing learned from the lessons of their catastrophic loss in the previous senatorial elections by attacking everyone not aligned with them instead of convincing them. It’s THAT bad some people would actually consider known nuisance candidates than anyone they’ll endorse.

But that’s what really happens when your political capital is built on bullshit, talkshit, and nothing more.